Tiktok was using inadequate cookie consent –  the refusal mechanism was too complex for users: the application was therefore punished. The Commission Informatique et Libertés (CNIL) has fined it 5 million euros. Tiktok, which belongs to the Chinese technology giant Bytedance, remains a highly criticized social network.

Tiktok, the video sharing application popular with teenagers, has been fined 5 million euros in France for not allowing users of its website to simply refuse cookies, the French data protection authority announced Thursday. Cookies are computer tracks used to track the behavior of Internet users and offer them targeted advertising. “The controls have focused only on the website of Tiktok (…) and not on the mobile application,” said in a statement the Commission Informatique et Libertés (CNIL), which issued the penalty in late 2022. 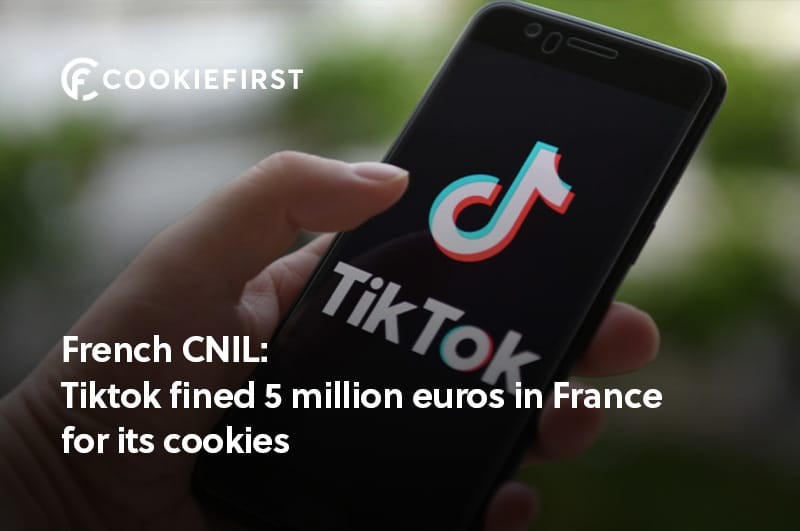 Since the publication of its new guidelines on cookie consent in 2020, the CNIL requires sites using cookies to offer a button to refuse their deposit as easily as accept them. “Making the refusal mechanism more complex is actually discouraging users from refusing cookies and encouraging them to favor the ease of the ‘Accept All’ button,” the authority considers.

“These findings relate to previous practices that we have changed last year, including making it easier to refuse non-essential cookies and providing additional information about the purposes of some cookies,” Tiktok reacted in a statement to AFP. Tiktok, which belongs to Chinese technology giant Bytedance (officially registered in the Cayman Islands), is the latest foreign group to be pinned down by the CNIL as part of a major campaign of controls launched in spring 2021.

Google, Meta (Facebook), Amazon, Microsoft and most recently Apple have all been sanctioned by the authority for a total amount approaching 400 million euros. The Tiktok application is highly criticized in the United States, where it is subject to blocking on the devices of government officials, due to suspicions of spying for China, against the background of trade tensions between Washington and Beijing.

On the other side of the Atlantic, the social network is in the sights of the Irish Data Protection Authority (DPC), which has informed its European counterparts of two draft sanctions aimed at breaches on the processing of personal data of minors and on data transfers to China. These sanctions could be pronounced in the first half of 2023. Finally, the video-sharing application has been criticized by political leaders for its content moderation, which is considered too lax, and for the addiction it is said to provoke in young people.